Creepy or cool? QR codes on tombstones; Homer Simpson in the flesh photo

Is this creepy or cool?

Is this creepy or cool? In Japan, they are putting QR codes on tombstones at cemeteries. That way, visitors to the grave can scan the code with their Smartphone and see a picture of the deceased, read a eulogy or even watch a video. I'd make a video before I died of me inside of a coffin, still alive, pounding to get out. And I'd make sure there was a shovel nearby.

Homer in the flesh. Is this disgusting or hilarious? 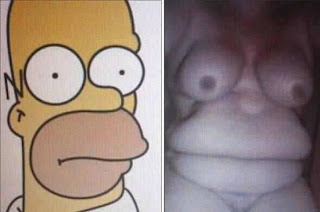 Posted by Gary Thison at 4:51 AM No comments:

Let me tell you what I think about the cost of homes, lighting cigars, whether Google makes you stupid and let's rethink ink

The "Fuck the Public" Effect

How is it that the cost of homes are low and everything else is high?  I believe it's the "fuck the public" effect. Whichever way screws over the general population is how it will go. Since people own homes, the value is so low that they can't sell them. But if they need to buy something that they do not yet own, it's outrageously expensive.

I know I've probably given a not-so-great review to a cigar or two because i didn't take care in lighting it. Then, I complained that it didn't burn right. My bad.

I've noticed that if I'm outside in even a very mild breeze, that my cigars do not burn nearly as well as if I fire them up in my garage before stepping into the breeze.

For the best light us SST lighters, rotate above the flame without puffing, then finally, slow steady draws as you continue rotating. If you get a cigar lit properly and then it burns poorly, now that's an issue.

I disagree with those who say that Google is making people stupid by giving them such easy access to so much information. Game show superstar Ken Jennings said in the recent Time Magazine interview that he's worried there's less value placed on broad general knowledge because Google is so readily available.

I think the opposite is true. People will now research and learn about things that they never would have before because the knowledge is right there at their fingertips. Thus, making them smarter methinks. 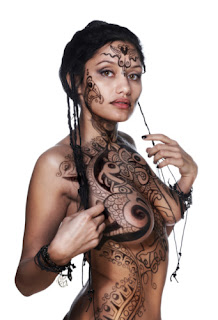 I think the fact that many characters in movies who happen to have the same tattoos as the actors playing them doesn't work most of the time. If you know you're going to be pretending to be someone else and there's a chance you may take your clothes off, you might want to think twice before having a giant picture of your mate tatooed to your ass.

How to impress strangers or maybe humiliate them for fun
If you're going out to dinner with someone you don't know very well, or worse yet someone you don't like very much, it's a good idea to do a little preparation so that you have something to talk about.

For instance, if you know they're into sports, check out the sports headlines and read a couple of articles. It may also be a good idea to spend a half hour browsing the Yahoo News web page. That way you'll know a little bit about everything and will be able to chime in on most any topical conversation. The economy, world news, pop culture, gossip.

And if, by chance, they don't bring up any of these topics, you can do it and maybe make them look stupid which, when you really don't like someone, is always fun.

Even though I thnk it's really cool that there is an online version of Rock, Paper, Scissors, I think it's weird that the New York times is the one who created it.
Posted by Gary Thison at 7:31 AM No comments: