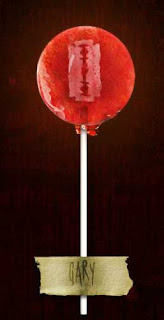 "Take This Lollipop" is an interactive Facebook Connect movie.

In keeping with the Halloween spirit (funny costumes here), I invite you to check out "Take This Lollipop," a very cool and kind of creepy web page. It will require you to log in using your Facebook account, but they do not store any of your information, post anything to your page or send you any emails. Just do it. It's fun and a little eerie. A perfect page to share with your friends (or better yet, share this page) during the Halloween season.

I don't know much about the creator, but it looks as though the guy who wrote it also stars in it (along with YOU!). I've seen this techology before, where they grab some of the information in your Facebook profile or photos you provide and incorporate it into a video story. There's a cute one involving Santa Claus and your kid. But this takes the cake.

First off, most of us are reluctant to share personal information online and this clever, live action Facebook Connect production requires you to log-in through your Facebook account. Then, when you do, you are presented with......aw, screw it. Just do it and see for yourself.

Click here to go to "Take This Lollipop."
Posted by Gary Thison at 9:06 AM No comments:

Here is the interview I had with Arnold Schwarzennegger, where he discusses his new book "Total Recall" (available at Amazon.com or BarnesandNoble.com). In this interview Arnold tells the REAL story about Mildred the Housekeeper.

Arnold is candid about Maria Shriver, Mildred the Housekeeper and his new book in this very short, very phony, funny parody of Arnold Schwarzenegger's promotional tour to tout his new memoir.

Although this shows Arnold in a slightly negative light, he is only a tad more sleazy than he was in the original interview with Diane Sawyer.

Posted by Gary Thison at 6:44 AM No comments: 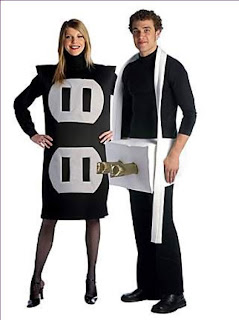