Even though I often eat evil food, we usually try to eat well and healthy at our house. Not a lot of red meat and we watch the sugars. Sometimes we watch them go from the products they're in, right into our tummies, but we try. We really try. So, shut up. And eat.

One of my favorite meals to cook is breakfast. Over the years I have almost completely eliminated added salt, and when I cook eggs I get rid of the yolk. I don't miss the salt, but sometimes I miss the yolk.

Anyway, this is my first recipe video, where I share how I prepare my Spicy Breakfast Tortilla.

I really think that if I had a nicer supply of cookware, like the stuff you can get at Macy's, Target.com or J. C. Penny (jcp.com), that I could be an even better cook. There are also a lot of great cookware deals at Amazon.com, in case anyone is looking to buy me gifts. Oh yeah, and cooking.com and crateandbarrel.com. I also like Android devices (as you can see at my Hooked On Droid site).

Honestly, when I prepare my breakfast feasts they are always different. Although, you will always see a spicy theme. Soon, I'm going to share my recipe for the Omelet From Hell.

Posted by Gary Thison at 2:44 PM No comments:

"WTFWIT?" What the F*@k Was I Thinking?" Video blog excerpts from Gary Thison's Joking Smoker Blog

For those of you too lazy to read, this is a video blog with excerpts from previous Joking Smoker blog entries.

What the hell was I thinking? Stand on line for a crappy phone, smelly habits, and more. Pointless ponderings blog.

Back bi-polar demand, more pointless ponderings. Thanks for reading the allegedly funny, satirical, parody, comedy blog. Your comments and heckles are encouraged. I ain't ascaird of you.

• I have a lot of bad habits, but smoking cigars is the only one that you can smell when I walk into a room. Unless, of course, you consider farting a habit.

• The synthetic marijuana substitute that they call K2 or Bath Salts is smoked (which is not recommended) and creates hallucinations and sometimes violent, psychotic behavior. It seems that, as soon as the Food and Drug Administration bans one of the ingredients of this "incense," they use a different chemical to replace the one that was banned. So, when they change the ingredients so often in order to stay one-step ahead of the law, I was wondering how they know if the new chemical they added will have the desired  affect? Do they have testers? Maybe they run ads in the help wanted classifieds? "So, Mr. Tester, how was that?" "Good. I feel like killing my mother and eating her face." Excellent. Ship it. (On a serious note, if you encounter any party stores, smoke shops or gas stations selling this crap, voice your opinion to the proprietor, and tell them you won't be shopping there again.)

• One of my favorite words is "wasps." Technically, it's one syllable, but when you say it, it sounds like three. Waaaa...spppp...sssss.

• If a product says "Gluten Free" does that mean that you just don't pay extra for the gluten? "Hey honey, look. Free gluten."

• A new study indicates that smiling, even if it's a phony smile, lowers your heart rate and makes you calmer. It is  recommended that during stressful times you smile or laugh to reduce stress. "I'm sorry to tell you Grampa died." "Ha ha ha ha ha. Ahhhh ha ha ha. Whew, I feel better." (Don't try this at home.)

• I've always marvelled at how, in movie fight scenes, people can fly through the air, kick their opponent in the face, smash a chair over their head, throw them across the room, and they just get up and continue fighting. Then, I realized that it really isn't all that different than "The Three Stooges," when Moe would whack Curly in the head with a hammer. I'm not trying either.

• On CNN television news network, two broadcasters were arguing about whether or not the news media should cover the fact that the new CEO of Yahoo! Melissa Mayer was pregnant. Hellllloooo? By discussing whether or not you should discuss it, YOU COVERED IT. Who's stupider, CNN or the viewers?

• Why do so many Muslims blame America because one guy makes a bad movie against Islam. America doesn't endorse this movie. Hell, no one is really sure that the movie even exists and that it isn't really just a trailer for a never-made production. Blaming America for the actions of this one guy is like assuming that everyone who dies their hair red is likely to shoot up a movie theater.

• I really don't understand the mentality of people who will stand in line for eight days to get an iPhone 5, when the Apple product is just playing catch-up to Android products which have had the new iPhone features for a couple of years already. Plus, it seems that the new iPhone 5 has other issues, like the GPS and maps not working very well, the screen being a bit too long and the fact that you have to buy all new accessories. I'll take a $99 Verizon 4G device,  thank you very much.

Check out the mobile version of the Joking Smoker Blog

Have you ever been sitting somewhere with nothing to do? You look at your phone. Sure, you can play a game of Stupid Zombies (greatest Smarphone game app of all time), or check out the latest news stories, but why not load the new mobile version of this blog? Hmmm. Why not? Just load the web address or, you can take your Smarphone (Android or iPhone), scan the QR Code below, and then bookmark the page. Aww go on! 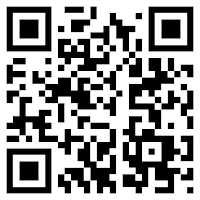 Posted by Gary Thison at 5:50 AM No comments:

This is just me having a little fun altering the audio of President Obama's recent press conference addressing the crisis in Libya. He actually spoke every word. Okay, maybe not with that intent nor in that order, but he did utter each of the words.