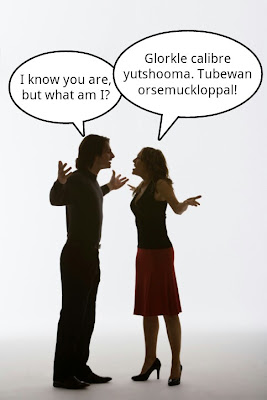 When watching a movie with a DVR, brief nudity is not necessarily so brief. I have pause button.
At least Apple didn't call their new product a MiniPad.
How did the metric system overtake our beverage cans and bottles information? Now, large bottles of soft drinks are 16.9 ounces or 1.05 pints. What are they doing, just trying to remind us that our method of measurement sucks? 16.9 ounces equals 500 mL. Oh, metric system, you're so cool with your round numbers. But, what if we left it at 16 ounces? How many mL is that, smarty pants? It's something like 497.036 mL. Not so cool now are you?
Many times in my life I've heard people say that you should let tap water run for a few seconds before filling your glass and drinking it, because the water that first comes out of the tap has been sitting there stagnant for a while. Isn't the water just behind simply water that was sitting stagnant further down the pipeline?
93% of the African American population voted for President Obama. Studies show that the other 7% may have simply made a mistake.
I remember when I used to have a rotary cellphone.
I'm not sure what my being aware of breast cancer does to help the cause. They should call it Donate Money to Breast Cancer Research Month. Just for us stupid people.
I sometimes listen to those Music Choice channels on cable. I was watching/listening to the Classic Rock channel and most of the ads were for senior emergency alert and hair restoration. Truly WTF??
Here's something you simply don't hear anymore, "Hurry up, I need to use the phone."
Posted by Gary Thison at 5:14 AM